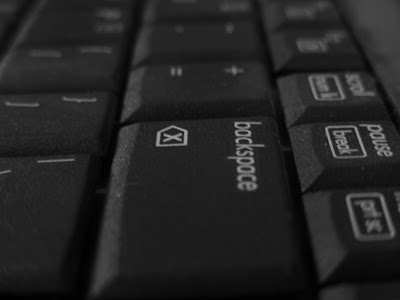 Thinking about it, there are so many sites that are offering free SMS sending and each has it’s own differentiation marked.
I’ll just try putting down the different sites that are offering SMS service (did I miss the FREE keyword?), needless to say the list would never be complete (even if I were Mr. Google himself) and additions to the list would be made as and when encountered. Here it goes, without any order:

1) 160by2 : One of the first ones to bring in this service, quickly adopted by swarms. As the name says, the characters offered are 160/2, and then they use the other 160/2 for their ads (which I’m convinced are non-contextual, err… they are not contextual, if that sounded different). Plus they have numerous features, latest being send sms to Kuwait & Singapore.
Opinion: Fall of the legends [somehow, whenever I clicked on the username box, a pop-up would…pop-up…annoying.

2) Way2Sms: Again, a pioneer in the space, the first ones to distribute this concept. It’s been time since I visited this site, I see many new features — mail / IM integration being the one that was new to me!
Just a bit apprehensive post having tried using my gmail through this.
Opinion: Ad-hungry again, but liked the mail integration despite my apprehension
[The pop-up popped here too, just a click is all it takes]

3)Youmint: Brought in the concept of earning money on receiving SMS. Offers lined up currently on the site…upon registration. Plus I on-the-run noticed testimonials from users, specially reward receivers.
Opinion: It’ll take much to say some. Though I’d’nt stop from saying — Clean, neat page.

5)Atrochatro: The one that gives 148 characters to the users.
(I just realised if this list is to be a list, it better be just a list and not a descriptive one at that)

6)Indyarocks: Has innovated around a lot of stuff including SMS. I like their reminder service.

8)Krify: Yeah I know, the name you mean? Ignore that…Everybody is giving some differentiated stuff. Krify has Blogs to offer. Did not try it much.
9)Smsjunction:
10)Vyomworld:
11)Mysmsindia:
12)Freesms8: Unlimited 160 characters sms!
13)Smsfi: Another bit in the bytes — They have contests/videos/forums/blogs besides the Free sms feature – the looks are clean at least
14) Smsgupshup: Gaah, how could i forget this – This is the one with all the publicity right now, especially due to the recent Facebook-Smsgupshup tie-up, which enables facebook on SMS in India. SmsGupshup is the largest mobile community in India — referred as Facebook of India, it claims more than 20 Mn users in over a million communities. The beauty of the concept is that you can form your own community. Anybody can join the community and start receiving the content as you put some…leave apart any other player that I may have mentioned, this, my reader, is the biggest – at least as of now.
15) Smsmeon: A disruptive idea – a micro-blogging platform coupled with SMS integration. If you are unknown to Keywords, Short-code – no problem. It’ll take 10s to understand. sms Papa to 56767. ‘Papa’ is the keyword and the number that it is sent to is the short-code. Smsmeon allows you to own a keyword [usually you would want it to be your/org name or something that you represent — something like a domain name — but then it can be anything] on the short-code 56070 — For FREE(Till now it was a paid product, with prices upwards of 3k per keyword per month!!) – It is mobile identity in Smsmeon’s terminology. So what does that give you? Why should you want an identity on mobile?
Ans: just for the same reason that you would want an email Id or a domain name.
The Free-sms sending is just another add-on onto the site to attract users. I am totally impressed by the idea of getting a reservation on 56070 [I’m Brijesh on 56070]. Now it’s upto me to create the use for it.

I’m certain I have covered some decimal % of the sites out there, but these are the ones I could recall / google! and out of these I’d say “impressive” to
- Smsgupshup – for their sheer success and self-serve module provision – which in turn is the reason for it’s success
- Way2sms, 160by2 – for seeding the idea of Free sms and enraging the other players.
- Smsmeon – for the self-serve module and revolutionary idea of free keywords on short-codes.

I have misquoted something?
Have I missed something which shouldn’t have?
You want to add something to this?
Go ahead the comment section is yearning for some characters from you.