The day is almost here when Apple Watch will see the light of the day.

I’m a big fan of apple products – their quality of software and how it integrates with its great hardware. Here’s a good read by John Gruber titled Apple Watch Prelude.

I’m really not knowledgeable enough to comment about its pricing or features (most of which had been unveiled in the WWDC anyway). The only point I’m trying to make (or rant about) in this post is about one thing of this new product by Apple which is concerning – battery life.

That just kills it for me. I own a Pebble and I love it – maybe I fall in love with products I own for a while. When I’d heard about Pebble Kickstarter project, I was mesmerised. It was a breakthrough innovation – a smart watch. I backed it and although it had its own issues (manufacturing delays mainly) I never regretted it – probably cause its CEO, Eric kept updating the backers about the delays, issues, what they were doing about it and what to expect. It was a wonderful journey and I always believed them. Got the Pebble about 1 year after I paid and am happy that I did what I did.

Apple Watch somehow, just doesn’t cut it for me right now. I just don’t feel the need to buy it right now – especially with the battery life that they mention. Probably cause I have a Pebble right now. In fact, it was only about a week back that Pebble went again to Kickstarter to crowdfund the next great version – Pebble Time and I almost started spilling the digits off my credit card. But then I skipped it. Why? because the difference is primary the colour (ok, and that timeline feature) – and I really am pretty ok with my current Pebble v1.0

Getting back to Apple Watch, I really think they have a long way to go – it would not sell like iPhones/iPads sell. I remember saying the same thing when iPad was introduced – I was all like “who needs a tablet – it’s the most useless thing to spend your money on. Apple has lost it” – I was so wrong. Not just the sales, having owned an iPad, I can clearly state that it is truly the best gadget money can buy – even after some 5-6 years post its launch.

I hope I’m wrong again. I would like to see it succeed and hope bhau does some wonderful work out there – I hope I don’t get so put off by the idea of having another gadget which needs to charged up everyday. The only alternative to the Apple Watch right now is Pebble (and its new version maybe, Pebble Time) and I’m pretty happy with it right now. I hope no one’s even thinking about android wear – it’s a joke at best.

And here’s the pic for that. That fine line that you see inside the sim is the expertise of the jackass at the shop. Hoping it just works. The iPad needs to burn these operators’ wireless lines

but I’ll probably beg more money from people and go for the 4G model, starting at INR 38,900/-

Okay, so the wait is finally over.
The new iPad (gasp, the revolutionary resolutionary Tablet) is finally here in India. Ok not yet, but by tomorrrow, it’s here in India.
Good news is that it is here so soon, in about 40 days, after its global launch on March 16th, 2012 [this is like the fastest product to be launched in India after its global launch]
Man, really looking forward to it. 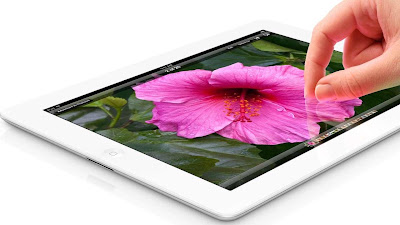 Ah, the bad news (or rather not so good news) is that it starts at INR 30,500/-, which is the base model - 16GB wi-fi only.
But you would do better to buy a 3G version (ummm, no 4G here in India, although I’d heard of rumours that 4G service has been tested/made live in Kolkata), which starts at INR 38,900/- for the 16 GB model.
Also, the iPad 2 costs have been cut and starts at INR 24,500/-for the 16GB model.
and frankly if you don’t have an iPad (1 or 2), you would not really make out the great difference in resolution on the new iPad but if you do, then it’s going to be really tough. The difference is same as between iPhone 3G/3GS and iPhone 4/4S - retina display (or as @vineetbhatnagar says, lickable display)
Retina display, some people wonder as and “is it just that it is better resolution, is that it?”
Well, yes, that’s it!
And that’s a lot – you have not seen anything as sharp or as fine as it.
To really get the essence of retina display – you need to see it. I saw it on the iPhone and trust me, no other phone display has ever looked as good till date. Now I see pixels everywhere – even on the computer!
So it’s just about looking good, is it?
Well, yes – and that is remarkable.
oh, it’s awesome and once you start using the retina display, everything else, even the devices that seemed so normal earlier (iPad 1/2, iPhone 3G/3GS) will look all pixelated.
Retina display is seriously resolutionary – go for it. If you have any questions, shoot them at the comments.
Be warned though, once you lay your hands on it, it will be very difficult to stay away from it.
Darn, and just now @neosthrash tweeted that it’s been postponed to 30th April…will be able to tell tomorrow only!