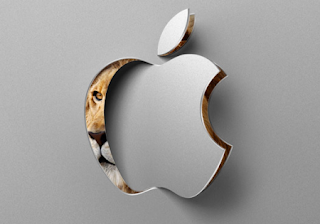 Okay, so I just installed OSX lion.
Actually finished with it last night, just didn’t get time to use it.
Well, had it not been for my office, with 10+ mbps connection, which is accessible in the late hours of the day and a meeting that kept me late in office yesterday, I really don’t think I would have been able to download it in once day. At least not from my home connection, which is supposedely 1mbps unlimited download connection, but with Airtel-fair-usage-policy it turns out my speeds reduce to 256 kbps for most of the month.
Yeah guys sitting in the USA / anywhere else may see this as something unimaginable, but here it is stark reality. Here in Gurgaon, one of the Cyber-city, getting consistent speeds above 4mbps – just doesn’t happen.

Anyhow, downloaded the OSX lion and was just waiting waiting waiting (meeting actually, but then waiting at the back of my head).
I’m not a geek, which is proven by the fact that I just installed it, checked out a few things and dropped the lid back on my  MBP (it was about 2300 HRS by the time I finished with installation, which was simpler than installing an app actually)

Back in the morning, here are my first few thoughts (and these would mostly be appearance wise):
++
- Awesome gestures (or rather the effects with which they fade/arrive)
- Full screen apps. Was looking forward to these and they exceed my expectations
- Transitioning between apps is again quite smoother, seamless-feel
- Reverse scrolling – although I’m yet to fully get used to it, it feels much more practical now
- Mail app — I barely used mail on OSX Snow Leopard. On OSX, it it quite appealing
- Photobooth: For a moment it felt as if I was in a photo-booth! (Snow leopard didn’t give that feel)
- $30 – [this, btw, is the first time I have ever bought a software, besides apps for mac / iPhone] – It feels much better to have bought this software than it ever felt when I had software for FREE – weird, I know.

–
- Gestures won’t work on twitter for mac!
- Browser-wise safari has nice forward/back pages gestures, but not chrome or FF which I predominantly use do not support that (btw, these gestures for Safari rock)
- I don’t know if this is particularly with me, but time machine is taking a hell lot of time (it’s been more than 3 hours since I’ve been backing up, can’t abandon right now)
- Have to unlearn the gestures that I was used to with OSX snow leopard – will happen in a while.

I guess I should have more to write, if I feel like, in some more time.
Till then, it’s roaring time.