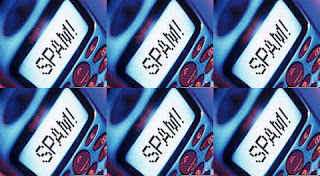 You must have heard the uproar on the news lately – well if not lately, then somewhere in the last 3-4 years, you must’ve come across this – about this something called NDNC – National Do Not Call Registry.

To briefly define what it is, it’s the biggest failure that I have seen in Government trying to implement a regulation.
Absolute chaos. They never got it right, to put it very mildly.

The Idea
was to curb spam SMS to users – spam being defined as anything that you had not chosen to receive and something that was promoting a product/service – they fancied calling it UCC (unsolicited commercial communication) — this was fine till here.

Then there were some complaints from users that they received UCC SMS despite being registered under NDNC. Now what? They had no freaking clue how to control this – as the whole concept of punishing the offender (the sms aggregator) was quite loosely built – but the Govt. always tries, it did fine some, so what if did nothing to ensure that this does not repeat again?

Round 1
So the rules were now that if you were under NDNC and received an unsolicited promotional SMS, i.e. from somewhere that you had not registered (or opted-in), you could file a complain to your operator and the operator would try to find out who sent the message and fine them.

One problem for the operator though – How to track who sent the particular message? – anyone could just send an SMS posing as anyone – as in, there was no unique parameter to trace a route of the SMS – from where it came to your operator (just to be elaborative, all the SMS received by you are sent to you finally by your operator)

Round 2
Now we had some identifiers for the originators of the SMS so that the particular aggregators could be fined. Again, the Spam did not stop and just showed the poor implementation of a regulation, its strictness and ‘corrective action’ in case of violation.
I thought it was all bad till the most recent guidelines that, like any other TRAI (or let’s admit sarkaari) implementation – took ages to come with a deadline, kept postponing, usually due to the incomplete WIP at their end – defied any logic that could be defined.

Seriously, look at it. It goes as follows (and I’ll talk about non-transactional SMS only):
– No SMS to be sent between 9PM-9AM to anyone– important alerts, breaking news, confirmation on various actions that you may be doing on sites – think of the cases, you just can’t get SMS
– During the operational window, users registered under NDNC (and NCPR, another one!) will not get get any SMS from any application – even if they want to.
Actually, it’s a bit complicated and logic-defying – here goes – You can select from being in either of these categories:
a) Completely blocked (NDNC registered)
b) Completely unblocked (not registered under NDNC)
c) Selective category selection: under which you can select the category of which you want to receive SMS